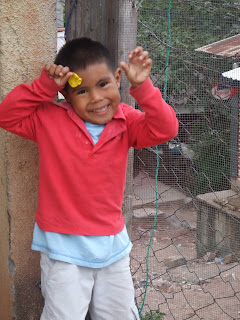 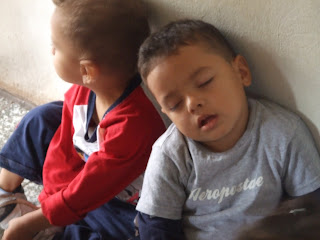 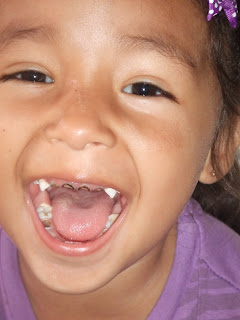 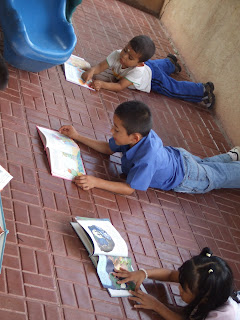 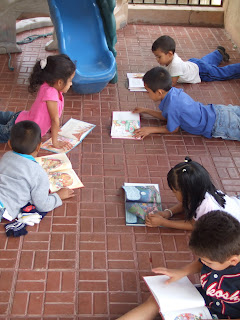 I have an apartment, transportation, and internet! I guess that means its official.. I have moved in and settled :) I have taken more pictures of the kids to make a collage on the wall at CDL. I've posted each of the kids in a slideshow to the right. I will continue to post stories and pictures. This week was great. I love the kids, they love me, things are great! I am extremely exhausted every night, but ready to wake up every morning! We are currently working on a schedule and routine; including songs, Bible stories, shapes, numbers, colors, and washing hands. My favorite time, yet most difficult time of day, is right before lunch when I usually have them alone. One teacher is out for lunch, the other is cooking. Its usually craziness, but there is usually 30 minutes where I get to share books with them. They love it. Even the ones in English. Usually I just show pictures, sometimes I translate, and sometimes I let them tell the story by looking at the pictures. Then they usually get a book to look at. Books are not always accessible to them because they will destroy them, so when they get the opportunity they enjoy it and ask for books!
These are a few pictures of the kids reading. The little girl is Fernanda, she is 2. The little boy is Diego, he falls asleep all the time, anywhere. The other boy is David, he had me take a picture of him dancing :) Behind him is the street of CDL just to give you an idea of the neighborhood. Next post I will put more pictures of the neighborhood.
Posted by Jenny at 12:11 PM No comments: 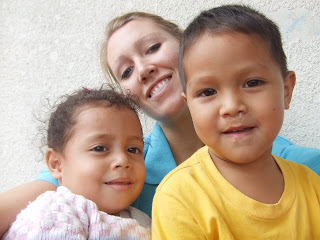 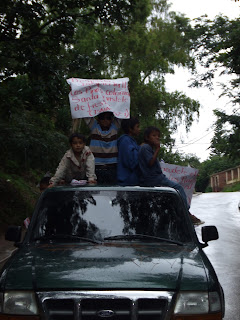 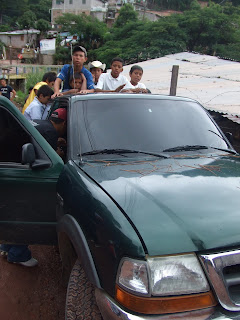 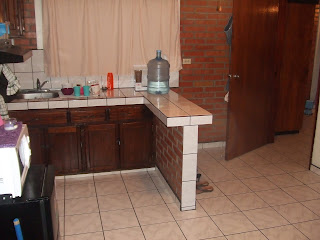 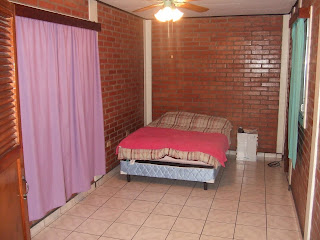 I have lots of pictures to post of my apartment, my truck, the Bible day parade and MY KIDS, but since I don’t have internet, and it takes time I will add them later. I found my apartment after lots of searching. But when I saw it and then heard the price I knew it was where I was supposed to be. I feel safe and secure. It’s a safe little street (compared to other parts of the city) and my landlords are Christians. I still have to get internet, but I have friends close by who are letting me stop in, use internet and do laundry. I don’t have a washer and dryer, but I’m taken care of with my friends and when that doesn’t work out, I live above a laundry mat.

I have officially finished my first week at Casa de Luz. The kids love me and I love them. I joke with the other teachers that I’m the jungle gym because someone is always in my lap or running through my legs. Today one of the kids brought me a stuffed animal from the stand his mother sells them from. The three siblings that come in first every morning, I can hear calling for us to open the lock, then they say hi to the one teacher, then all run through the door with smiles yelling “Jenny!!!!!”

We have a new boy who is coming tomorrow. His name is Jose; he will be 2 in November. They did papers today and will bring him tomorrow. I will try to bring my camera. My little boy who is young and doesn’t talk to anyone, started mumbling to me. I didn’t understand, but he was definitely talking to me and smiling at me! His grandma says he talks a lot at home. He usually rolls on the ground eating all the trash, crumbs, dirt, playdough… EVERYTHING! But today he ‘gave me five’ when I asked, starts giving me smiles when I smile at him and started mumbling stuff to me.

This weekend we went up to the director’s house for training, 2 hours away in car (probably 30-40 miles, I don’t know, but the roads are horrible). We took taking my truck! Its rainy season and so the roads to Casa de Luz are horrible. The main streets and neighborhoods are paved (with many potholes.. but paved!). The neighborhoods built into the mountains and hills, mostly poor neighborhoods, don’t have pavement, sometimes they add dirt to the road but that washes away in a day and its back to the ditches. I have already been stuck twice in my big truck! But when I was completely stuck guys came out and helped us push it out.

The Bible day parade was with Aben’s ministry at a church on another mountain. We walked in the rain holding banners and shouting. It was very fun! It consisted of many churches in the community and ended in one church with a big celebration and service.!

I am putting the rest of the pictures on facebook.